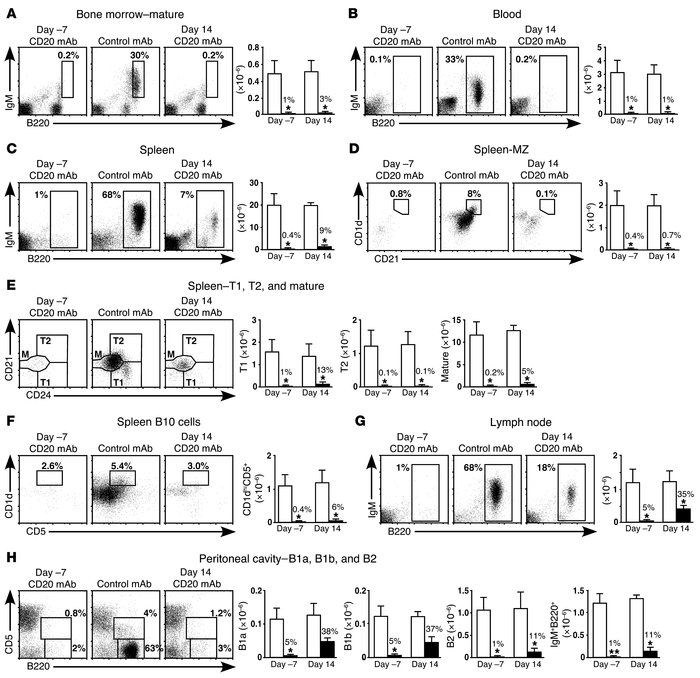 B6 mice were treated with CD20 or control mAb 7 days before or 14 days after MOG immunization. Representative depletion of B cells from the () bone marrow, () blood, (–) spleen, () peripheral lymph nodes, and () peritoneal cavity 18 days after MOG immunization ( ≥ 4 mice per group) as determined by immunofluorescence staining with flow cytometry analysis. Within in the histograms, numbers indicate relative percentages of lymphocytes within the indicated gates. Bar graphs indicate (mean ± SEM) numbers of blood (per ml) and tissue B cells following mAb treatment. Within the bar graphs, numbers indicate the percentage of B cells of each phenotype found in CD20 mAb–treated mice (black bars) relative to the numbers of B cells found in control mAb–treated littermates (white bars). Significant differences between CD20 versus control mAb–treated mice are indicated; * < 0.05, ** < 0.01. Data are representative of at least 2 independent experiments. MZ, marginal zone.